Debugging the ChameleonMini with GDB and VSCode 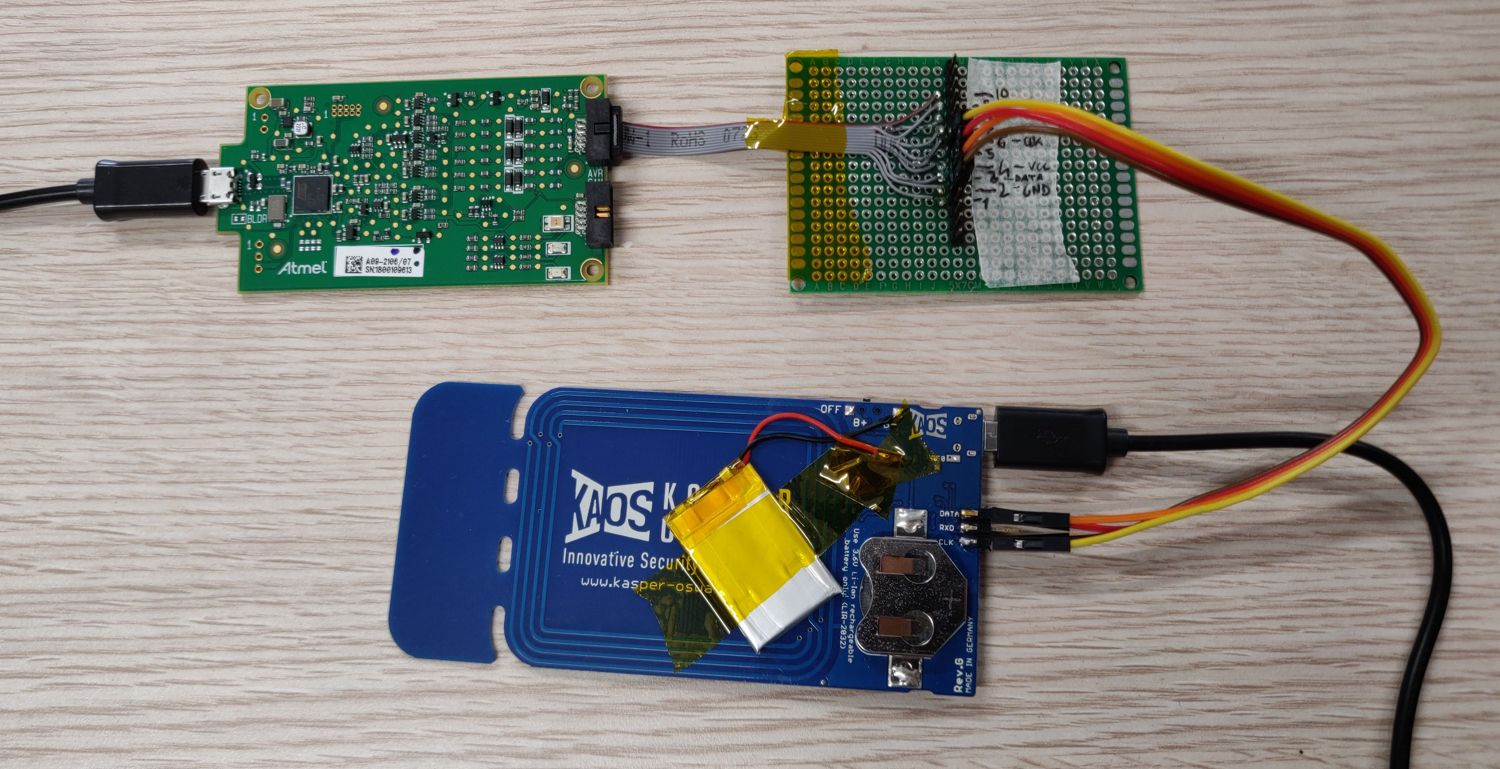 I was working on a new codec for the ChameleonMini and it become necessary to debug in a reasonable fashion (eg. with something better than a blinking led).

The project uses an Atmel XMega 128A4U MCU, so the first choice for debugging would probably be Atmel Studio. However, the project hasn’t been setup to use the proprietary IDE, but rather a makefile. For the life of me I haven’t been able to successfully import the Makefile and build with Atmel Studio itself. Also, given that I use linux daily, it bothered me to reboot in windows every time I wanted to develop.

Luckily my debug board, the cheapo Atmel ICE PCB, is supported by avarice, an open source bridge between Atmel Jtag/PDI and GDB.

I was less lucky as the 128A4U MCU is not in supported by upstream avarice, but there is an unmerged patch which adds support for the chip.

Avarice should be built from latest svn version as the snapshot on Sourceforge isn’t building, so you

Then the above patch should be applied to src/devdescr.cc, for your convenience you can download a formatted .patch file here. Once done you can build it with

Once the build is done it’s finally possible to connect the Atmel board (don’t forget to power up the chameleon as well), then run the following command

You’ll now need the avr gdb flavor, which should be available in your distribution’s repositories under the name avr-gdb.

You can now open the ChameleonMini/Firmware/Chameleon-Mini folder in VSCode (or modify accordingly the executable path specified below) and finally add the debug configuration via the appropriate menu (Debug -> Add Configuration -> GDB). This configuration should work for the avarice command written above and with current ChameleonMini’s makefiles output path.

Now you should be able to debug the software as if you were using Atmel Studio, but you’re not tied to a specific IDE or Operating System. Microsoft’s VSCode documentation explains its capabilites better than I could ever do.

Pay attention to Atmel-ICE pinout if you plan to buy the bare PCB version as I did, it might not be as obvious as it should.